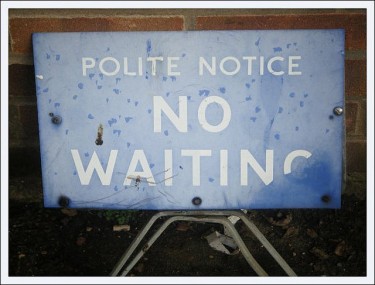 In my time writing here, I’ve conducted a lot of fun research, from learning how to walk properly to how to take snuff. But it’s pretty obvious that the Western rules, no matter how arcane or relevant, have one thing in common: they were all dictated by rich white people.  In fact, I’m going to go ahead and guess that no matter where you are, most rules of social interaction come from those in power. Sure, etiquette is sold as a way for us all to navigate possibly confusing social situations, but let’s not pretend it wasn’t also used to weed out who wasn’t supposed to belong. It’s hard to make the rules fair when they’re being made by the winners.

Which brings us to respectability politics, or the idea of defining someone’s worth by how they present themselves to the world. Roxane Gay puts it excellently in her new book, Bad Feminist: “the idea that if black (or other marginalized) people simply behave in ‘culturally appropriate’ ways, if we mimic the dominant culture, it will be more difficult to suffer the effects of racism.”

If you squint, a lot of respectability politics can be mistaken for etiquette. We’re not rejecting people because of class or race or sex, we tell ourselves, but because they’re not being “respectable.” A girl who has sex on the first date surely can’t be worthy of a respectable relationship. A black guy can’t expect to get anywhere using slang all the time. Being gay is fine as long as you don’t flaunt it. Say the right things, dress the right way, don’t “act out.” Just adhere to the rules that you had no say in creating and you’ll be fine.

I remember times where I’ve fallen into this. Where I thought “it doesn’t matter who you are, as long as you’re like me,” and not noticing when it slipped into “No matter who you are, this is how you should be acting.” It’s letting personal preferences turn into value judgments. It’s mistaking a difference in culture for having no culture, or a difference in upbringing with rudeness, and expecting everyone to adapt to your standards.

I’ve said before that they core of etiquette is the balance between making room for others and keeping room for yourself. Literally this manifests itself through things like keeping to one side of a staircase so others can pass while you use it, hosting a party that’s fun for your guests and also fun for you, or making sure you and your roommate have equal living room time. But culturally, it’s about making sure we share the value of being considerate without imposing other value systems on each other. Etiquette is supposed to be about finding the good intentions in everyone, and that requires effort on all sides, especially if you’re on the side that’s been making the rules the whole time. In a perfect world, that’s all these rules are: shorthand to ensure your good intentions are clearly understood. But that doesn’t mean someone whose actions don’t look like yours doesn’t have those intentions.

You will not like everyone you meet in life. You will meet people who are downright rude to you, or who come from such different backgrounds that you cannot come to an understanding, despite your best efforts. This is fine for your personal life, but you should never mistake these personal differences for proof that somebody doesn’t deserve to be treated with basic humanity.