We love New Yorkers because they do what they can with the space they have.

Don’t forget that while we might be celebrating the beginning of summer and going to the beaches, BBQs, and picnics, that Memorial Day exists to remember soldiers who have died. So try to be sensitive around people for whom this holiday is not a light-hearted three day weekend.

As a housekeeping note, Jaya is traveling and Victoria is moving apartments over the next few weeks so we are going to be a bit light on content or rerunning old posts.  But we will be back with great new stuff very soon! And we will be celebrating our two year anniversary in the next month! So get excited!

By now, I hope all our readers are good with the basic rules of public transportation etiquette. Don’t take up too much room, don’t whack people with your bags, let other people out before you get on, stand up for the sick/elderly/pregnant, move toward the center of the car, etc. I bet you’re all out there taking your subways and buses and trolleys with the best manners. However, I’ve been riding the subway since I can remember, and have seen a number of pretty outlandish things. Here are some that I’ve noticed that I hope you remember not to partake in as well.

All the plus ones

I have a two part question about plus one’s at a wedding. 1) Can you bring a platonic +1 to a wedding? 2) Can you bring someone as your +1 who the bride and groom are friends with but didn’t invite to the wedding?

Couples should never issue a plus one as “Your Name +1”. It leads to exactly these type of situations. Instead, the couple should call up their single guest and inquire if there is anyone in particular they would like to bring to the wedding. Then they should issue the invitation as “Your Name and Your Guest’s Name.”

Victoria: Ooooh that’s a tricky one. I think a platonic +1 is fine. Although it does seem like a lot of people think you should only bring a “date” and like, bringing your mom would be weird.

Jaya: Yeah, the whole point is it’s up to the guest to decide. People should get over the “date” thing. Unless there’s a name on the invite, if it just says +1 you’re leaving it up to them to decide.

Victoria: Yeah, I mean that’s why you shouldn’t give a generic +1, you should ask if there is anyone they would like to bring to the wedding and then send an invitation with their name.

Jaya: Yeah, you can’t just assume they’ll bring their boyfriend or something. Maybe they want to bring their plumber.

Victoria: Although, I suppose then you put yourself in an awkward situation if they say, yes, I want to bring my mom and you’re like errr. And to the second part, I think it way trickier, because it can kind of feel like, okay, the bride and groom made a decision not to invite this person, and now I’m going to sneak them in with my +1. It’s way weird.

Jaya: Absolutely, and you never really know what the thing is. Like maybe they just ran out of room and are really upset they couldn’t invite this person, and are going to be super excited that they can do it. Or maybe it was for a reason and they wanted to send a clear message and now that’s messed up.

Victoria: Yeah, I do think if you are going to do something like that, you should run it by the bride and groom first. Be like, “I know you didn’t invite [NAME[ but I’d like to bring him as my plus one, but of course I understand if you would rather I pick someone else.” Although, you are still putting the couple on the spot. And if they don’t want to explain why they didn’t invite the person, then they are going to be really uncomfortable.

Jaya: Yeah, but like, as the couple you’re gonna have to deal with that. That’s what you get for +1s.

Victoria: Haha yeah, +1s are a weird thing anyway. Like it assumes that grown adults can’t be in public without a romantic “date.” Like it kind of reminds me of when my parents were young and like, you HAD to take a date to everything so you would scrounge up whoever was available. For me, people should only really do +1s for guests who are not going to know anyone at the wedding but the one or both members of the couple. (Definitely check to find out if anyone is in a relationship you didn’t know about though!)

Jaya: Yeah! It really is a relic. And I think people think they’re being nice by including a +1 but so often it can just be a source of stress. Either you feel like now you have to find a date or it’s like, the person you are dating isn’t considered seriously enough to get invited on their own.

Victoria: Yeah! The pressure to find a date is crazy. Like, why would I want to hang out with someone I’m going to have to entertain rather than just hang out with all the friends I have who are already at the wedding? And there’s nothing more annoying than that friend who you never get to see who brings a date to the wedding and spends the whole time with the date instead of catching up with everyone. I mean, choose your choices, but still.

Jaya: Yesssss, like, now you gotta make sure this person is having a good time, and you feel like a babysitter.

Victoria: Yep, just go and be freeeee. not to mention what if your date gets drunk and obnoxious?!?!

Jaya: Omgggggg, and you’re that person who brought that asshole.

Victoria: I brought a relative stranger to a sorority formal once and he got drunk and obnoxious and I almost DIED of embarrassment. That was freshman year and I never brought a date-date again. You were my date one year and you were a lovely date!

Jaya: I feel like I’m a pretty chill date. 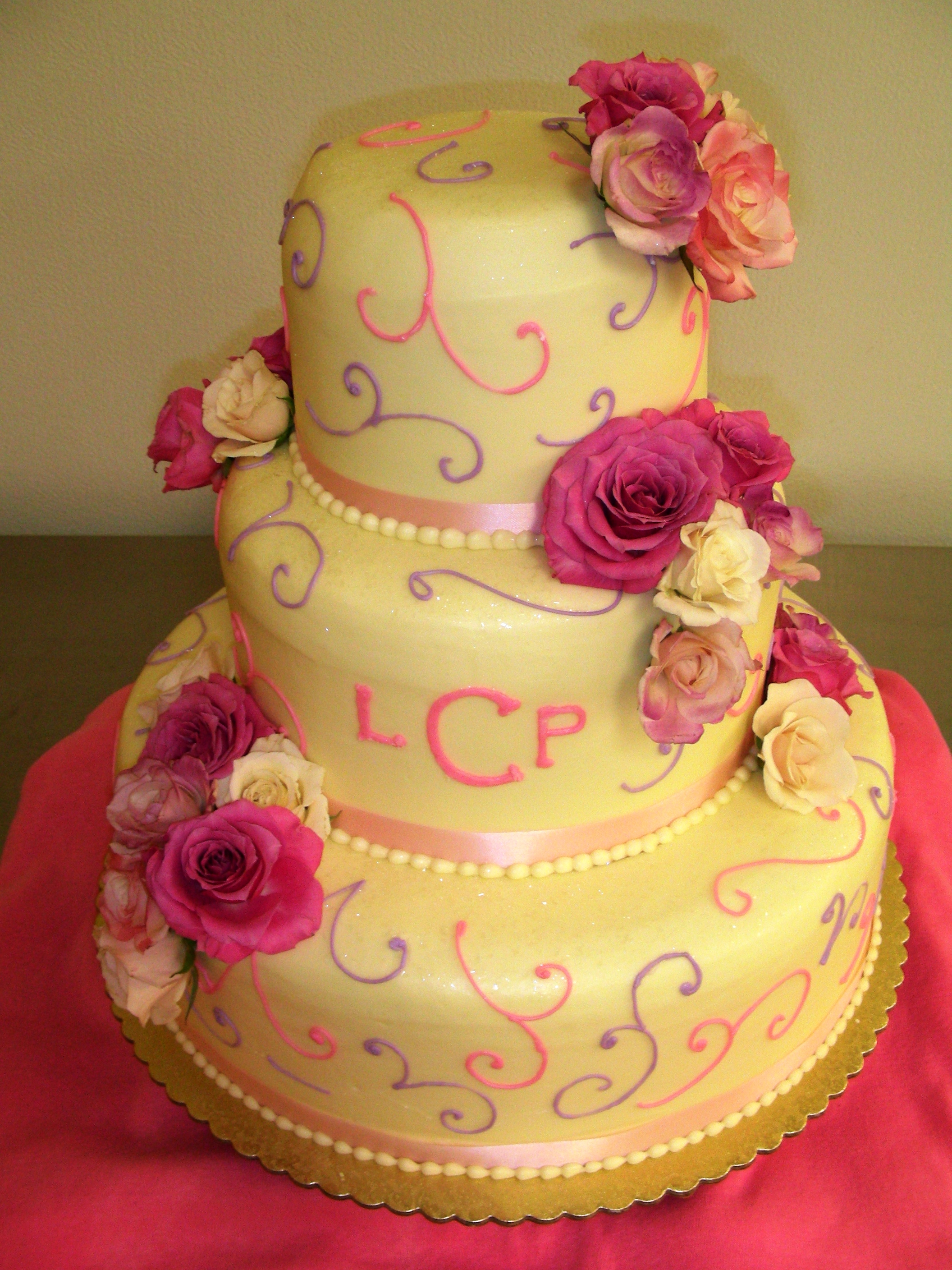 Cake pulls or charms is a tradition that is found in the South, most prevalently around New Orleans. The idea is simple- after the cake is baked, a number of “charms” are inserted into the cake, leaving an attached ribbon trailing out. At the wedding reception, the bride gathers her bridesmaids or other special friends around the cake and each takes a ribbon and pulls out the charm. Each charm has a meaning that will predict that woman’s future. Sometimes if a bride wants a particular person to pull a specific charm, it will be marked in some way. Often, the bride will give her bridesmaids charm bracelets as their “bridesmaid gift” so they can put the charm on the bracelet.

Some examples of charms and their meanings:

This can be a really fun and beautiful tradition, but of course has some pitfalls:

I’ve noticed recently that most people my age seem to use paper towels as napkins. I don’t know if it is one of my more anachronistic personality traits, but I ALWAYS use paper napkins for eating and mostly only use paper towels for Windexing my windows/mirrors or cleaning up cat vomit.

As with most things, my loyalty to paper napkins is because that’s simply what I grew up with.  My family ate dinner together, at the dinner table, every single night growing up, even in high school. And that table was always set before the food was put down, with a folded paper napkin, a fork on top and a knife to the side, wine glasses for the adults and milk glasses for the children. The napkins were unfolded and placed on laps and then grace was said (I came up with a secular grace sometime around early high school for when it was my turn), and then everyone began to eat. Somehow, paper towels don’t fit into this narrative as well, they curl instead of fold and don’t want to lie flat.

To this day, I put a paper napkin on my lap when eating, even at my work desk. There’s something about making the effort to use an official napkin that adds a certain ritual element to eating, rather than a “towel” which you might also use to clean your toilet.

So the next time you are stocking up on paper goods, consider the humble paper napkin and see if it doesn’t make your mealtimes and wallet feel better. For a more advanced option, try cloth napkins which will REALLY make you feel fancy.