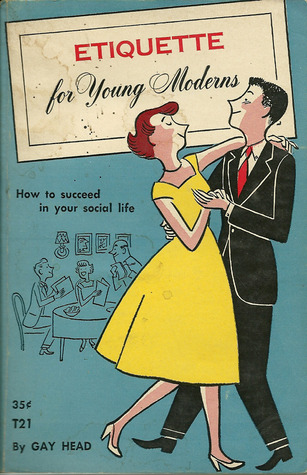 Be very mature and giggle at the author’s name. We’ll wait.

I have this great book called Etiquette for Young Moderns from 1954. It’s exactly what you would expect from a 1950s etiquette book for teens. And it starts out with how to make introductions.

The rules for introductions, according to this book, are pretty simple:

This means that you say the name of the “socially superior” person first. Their charming examples:

Right: Mother, this is Chad Bowles.

Wrong: Chad, I’d like you to meet my mother.

Right: Mr. Walser, this is my kid brother, Bill.

They also list out acceptable and unacceptable phrases to use during an introduction.

When you are introduced to someone, you simply acknowledge it with a “how do you do” or “hello,” but don’t use frilly phrases like “charmed.”

Men and boys must always shake hands when introduced to each other, but when a man is introduced to a woman, it is up to her to extend her hand first!

These rules are very similar to all the rules you will find in older etiquette books such as Emily Post. Like I said before though, I’m just happy if someone introduces people at all, without having to remember who is introduced to whom. 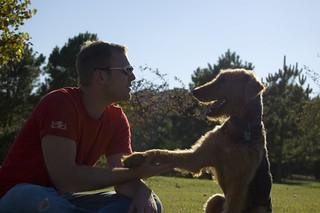 Introductions are one of those areas of etiquette that I see otherwise super polite people fall down on. I get it, because we get wrapped up in what we are doing and who we are talking to and forget to notice if we are leaving anyone out. But it’s really really awkward to be standing there while your friend talks to their other friend that you’ve just bumped into without introducing the two of you. Yes, you can and should introduce yourself if this happens, but be the bigger better person and introduce EVERYONE.

How to do introductions:

I am also a big fan of the walk into a big room of people and someone reels off everyone’s name. At least then you have been “introduced” and can reintroduce yourself later.

Whatever you do, just do something! I will tell you all about the crazy introducing rules that we don’t have to follow anymore on Friday.

We’ve been going at this etiquette thing for a year already! And it has been a total blast. In that time, we have been found with some pretty crazy search terms. Here are some of our favorites:

And this is what your napkin looks like after the meal, loosely gathered and placed to the left of your place setting.

This is what your place setting looks like before you start. Napkin is under your fork. (Also, bless my mother for ensuring that I own a set of cloth napkins and placemats!)

Yeah, I know you think you know how to use a napkin, but from my observations, there are some finer points to napkin etiquette that not everyone is aware of.

How to Use Your Napkin: