Last week we covered the slightly fraught topic of how to navigate the world of friendly greetings when you’re not much of a hugger, which brings us to an even more complicated version of greetings–kissing. I had a really embarrassing time on vacation in Paris with a cousin’s French fiance, who went in for the double kiss as I sort of frantically waved my arms in a hug attempt while also kissing the air and I think his neck? It was bad, guys. And according to this map by Radical Cartography, I am not alone in being totally confused about the protocol. The map was made in 2013 but whatever, we just found it, and it’s totally relevant. 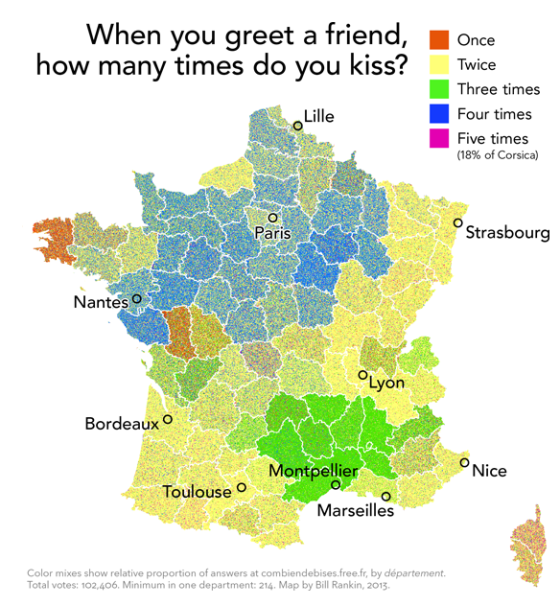 How are you supposed to know? Why is it spread out like this? WHO KISSES FIVE TIMES?? The lesson I’m pretty much getting out of this is never greet anyone in France.