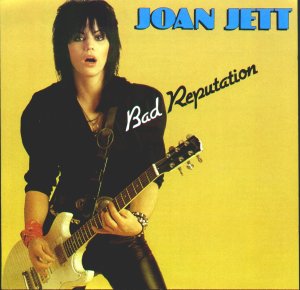 The more I read old etiquette books, the more I realize just how much was in the wheelhouse of etiquette. I never thought that “leaning awkwardly when sitting” was a matter of manners, but at its broadest, etiquette is just about how to live your life as nicely as you can. In a lot of ways that’s good, but of course, we are all products of our time, and etiquette rules are always heavily influenced by prejudice and respectability politics.

Take this chapter in No Nice Girl Swears, called “You’re The First Man I Ever Kissed.” It’s a cheekily-written guide for women on how to flirt, date and socialize with men while maintaining one’s reputation. Author Alice Leone-Moats at least recognizes that “petting” is a pretty natural part of human interaction, and that doing it well is a matter of what you can get away with. Still, the fact is that it’s something you have to “get away with.” “Anyone will admit that in the long run a reputation for being a heavy necker doesn’t really add to a girl’s popularity,” she writes, striking a clear difference between giving into romance and “petting for petting’s sake.” Of course, a man’s reputation is never sullied no matter how much he pets or for whose sake.

The etiquette rules here become a woman’s line to walk, finding a way to “keep a man on the string and yet never let him get an opportunity to make a direct pass.” She goes on to explain how to defer a physical pass in the back of a taxi, to rarely dine with married men (even if you have the wife’s permission), and to always act like it’s your first time in a man’s apartment, no matter how many times you’ve been there. Which seems like it would inspire more awkwardness than anything. “Ooh what a lovely home!” “Janet you’ve been here at least a dozen times before.” “HOW YOU JEST, DEAR BOY, MY WHAT A FETCHING RUG.” But it is the woman’s job to ensure nothing bad happens. She is the enforcer of boundaries. A “no” must be pressed rather than a “yes” offered, and if something does happen it’s on the woman. She either should have fought harder or not gotten herself into that situation in the first place. And if this sounds familiar, well, not much has changed.

There’s a wistfulness to the chapter, as if Leone-Moats wishes she didn’t have to write it. “Of course it seems all wrong that in this world appearances count for more than actions, but it has always been so and we can do nothing but accept it.” It’s the ultimate double standard–consent to making out in the back of a cab and your reputation is ruined, don’t consent and you get taken advantage of, and your reputation is still ruined. Better to hold in your desires for the sake of propriety than not and subject yourself to judgment and, possibly, violence. It’s a decision no woman should have to make, and certainly should not be a matter of etiquette. Unfortunately, it’s still a matter of survival.