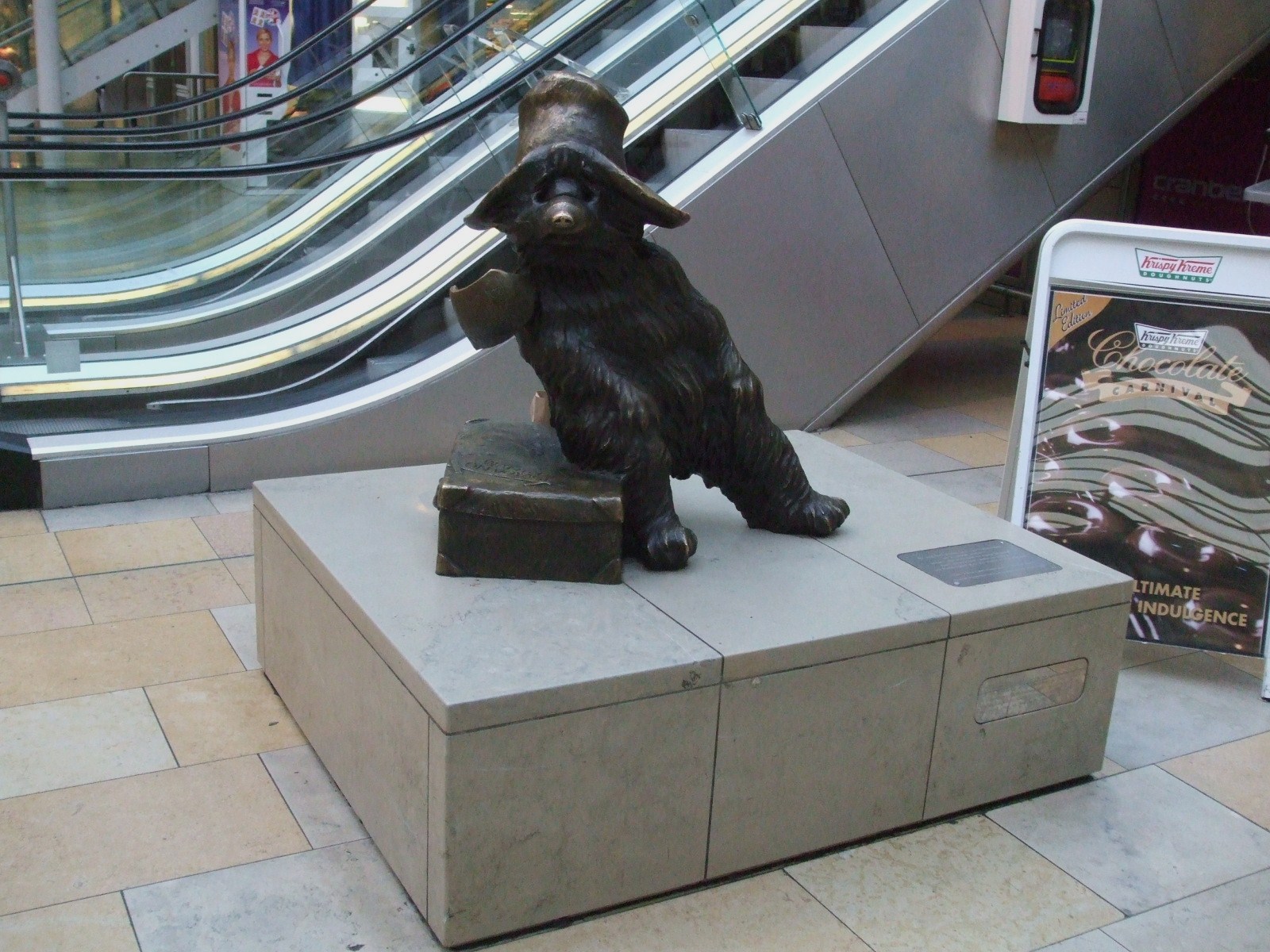 Paddington Bear has his own statue at Paddington Station! [Via Wikimedia Commons

Before I picked up A Bear Called Paddington recently, all I could remember about Paddington Bear was that he wore a navy toggle coat and a red hat and came from Peru. I also, unfortunately, remember the time when my sister was in pre-school and I was a little bit older, she brought home some kind of class book that had a line drawing of Paddington in it and I took it upon myself to color him in. My mom was furious and marched me in to apologize to the teacher for defacing school property. Pretty good parenting, but a mortifying memory for me.

It turns out that the Paddington Bear books are extremely lovely stories about an ACTUAL bear who is adopted by the Brown family. For some reason, all this time, I assumed that Paddington was a stuffed, toy bear that could talk (because that makes much more logical sense?) Paddington loves marmelade and is always getting into scrapes. He is also extremely polite.

Paddington Bear is so charming and funny that it is pretty appealing even to adults that I read the first book the whole way through. It’s always nice to see, too, when a beloved children’s character is also an example of good etiquette.