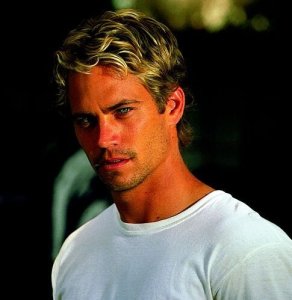 Previously: Julie Andrews is an Etiquette Icon in The Princess Diaries and Emily Gilmore: Etiquette Hero

I distinctly remember seeing The Fast and the Furious in the theater with my dad and my sister and loving it. The movie came out mere months before I got my driver’s license and probably influenced my *ahem* slight lead foot. It definitely influenced my decision in high school to date someone with a “racing” car with a ridiculous spoiler and to ride along with that person in at least one drag race (we lost to a Camaro- the F&F rule about American muscle comes true again). Later, I continued to enjoy seeing all the movies as they came out, but it wasn’t until a recent re-watch of the first film that I realized that within the rules of the movie universe (breaking laws and getting into fights is an acceptable thing to do), Paul Walker as Brian O’Connell shows flawless manners and gentlemanly behavior throughout the first two movies. After that, as the series turned towards heist movies focused on the overall group and the ability to spent time on the etiquette details is sadly diminished. Overall, the rest of the movies are also more focused on the heists and not as much on group dynamics and the rules of street racing, thus the opportunities to show etiquette are diminished. The other movies are still great! This blog is just not Uncommon Heists, unfortunately, so I will only be discussing The Fast and the Furious and 2 Fast 2 Furious.

Many spoilers ahead. If you are not already extremely familiar with the Fast and Furious franchise, please re-examine your life choices ASAP.

The Fast and The Furious Etiquette Highlights

The Fast and Furious movies are obviously not brimming over with good etiquette, but it is impressive that the characterization of Brian O’Connor makes any nods towards etiquette at all given the action movie genre. Maybe the 7th movie will bring back a look at good etiquette? I’ll let you know, I’m seeing it tonight.