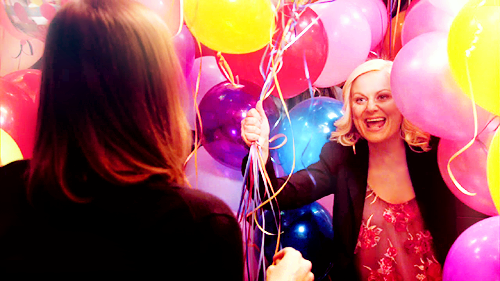 If there’s one thing we don’t want this blog to be, it’s untouchably aspirational. Too often conversations around etiquette require their readers exhibit superhuman feats of kindness, organization, and memorization. That’s not how life goes. Pretty much everyone I know is trying to be a kind, courteous person, and pretty much everyone, including me (oh god especially me) fails at some point. In hopes of proving that you don’t have to be perfect in order to be courteous, we’re going to confess some seemingly simple bits of etiquette that we’ve never been able to do well. Here’s one of mine.

I think there has been one time in my life when I’ve given a good gift. I didn’t even actually give it, I just orchestrated all my friends to chip in and buy this thing for my boyfriend, and the idea of even getting that thing was someone else’s idea. I’m pretty good at telling other people what to do! But I am awful at giving gifts.

It’s not like I don’t care about people enough to give them gifts. I very much do care! I can just never think of anything to give. All of a sudden it’s a week until Christmas and I have no clue what anyone wants. So I find a local store and buy some token thing for everyone that needs a gift (husband, parents, siblings). They’re all fine but they’re never great. I’m even worse at birthdays, which seem to come out of nowhere, and often end up buying a friend a drink or dinner.

When I was a teenager I had this idea that, instead of gifts, I’d write all my friends heartfelt letters on their birthdays, telling them how much they mean to me and what great people they are. This lasted for about a year, and I think got to the core of what my gift-giving abilities are lacking–it’s not that I can’t buy a gift, but I lack the creative gene to give a thoughtful gift. I long to be the type of person who shows up with a present my friend didn’t know they wanted but now can’t live without. Something that wasn’t on a registry or gift list. I will likely never be that person, but I like to think I’m thoughtful in other ways, so hopefully that makes up for it.

I am GREAT at gift wrapping though.

One thought on “Etiquette Confessions: I’m Terrible At Giving Gifts”