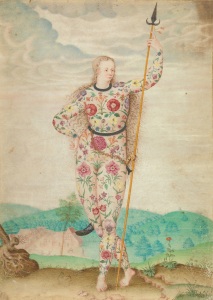 I have a question regarding wedding gift etiquette. This spring, I will be attending the second wedding of a friend. I was in the first wedding, enjoying her bachelorette party and gifting her at her shower and at the actual wedding.
What is your opinion on an appropriate wedding gift for a second wedding? They are not doing a registry and only have a honeymoon fund. Should my gift for this wedding be equal to that of the first?
Hoping the ladies of Uncommon Courtesy can advise on the appropriate etiquette here.
Sincerely,
Second Time at the Rodeo
Official Etiquette
Peggy Post says that guests who gave gifts for a first marriage have no obligation to give another gift.
Our Take

Victoria: Okay, so I looked it up, and all the official etiquette people say that you don’t have to give a gift for a second wedding if you gave one for the first.

Jaya: This seems so strange to me. First off, it may be the first wedding for one of the couple.

Victoria: Yeah, and theoretically, they would still get presents from all the 1st wedding person’s friends and family, plus all the new friends. Just not the ones who went to the first wedding. I mean, this does seem to be a holdover from the days when a second wedding was supposed to be very, very small. (Second wedding of the bride anyway! A whole other big problematic issue.)

Jaya: Yeah! It’s working under the assumption that a second wedding is a thing to be kept quiet, and that you still need to be punished for getting divorced. (I assume you’re not chastised for marrying again if you were widowed?)

Victoria: I mean, I don’t think its to be kept “quiet” it’s just that its “unseemly” to have a big to do when all your friends and family have already done that with you. I have never read it as “punishment.” Usually just as, you are generally a bit older and to a degree, the whole poofy white princess thing looks a bit ridiculous.

Jaya: I always sorta read “unseemly” as the flip side to punishment. Like, just saying it’s a bad thing for you to be doing this.

Victoria: Ahh thats so interesting that we have two totally different reads on it! That would never have occurred to me.

Jaya: Maybe not quite punishment, but that you should feel bad if you want anything more than something really small. That it’s still shameful.

Victoria: I mean, I guess I always felt in the olden days, the second wedding was more likely to be of someone who was widowed, not divorced, so the shame doesn’t really come in. It’s more that those huge type of weddings are expensive, and previously your parents were always the host of your wedding, but you’ve been living as an adult for quite a long time and wouldn’t expect your parents to host it again. And not to mention the idea of gifts being to set up the household of a young couple, and a second marriage usually doesn’t need that set up.

Jaya: But yeah, that has completely shifted now, in that probably a lot more second marriages resulting from divorces and also that you can throw a big wedding for yourself. Like it’s just working on a lot of outdated information.

Victoria: Yeah, no I know, I’m just saying this is the root where all the “second wedding” etiquette comes from, for everyone’s edification.

Jaya: Haha totally. Okay, so the letter says nothing about divorce or widowing or even the size of this wedding.

Victoria: True. So for ME, I am not particularly one to give extravagant wedding presents anyway, so I would probably just do what was in the budget and that would be that. But like, if you usually gave like $500 for a wedding present, I would say you would be well within the bounds of reasonableness to give a more token gift the second time.

Jaya: I can’t tell where I stand on this. Like, say it’s a divorce. There’s no guarantee my friend has the $500 thing I gave them the first time around anyway. If they’re just doing a honeymoon fund, chances are they’re pretty casual about the whole affair and don’t need a ton of gifts. But I’d also hate my friend to start their marriage thinking I somehow wasn’t as enthusiastic about it this time around.

Victoria: Lol well I kind of think it’s on the couple to not assume that the size of the gift pertains to the enthusiasm about their marriage. You know? Like, it’s not about that. And it sounds like she was in the wedding last time, did the whole bachelorette AND shower and the whole thing. That is a TON of money that you’ve given to your friend already

Jaya: Oh totally, I guess it depends on who the “toning down” is coming from. I feel like if I ever had a second marriage I’d be like, fuck it, let’s elope. But I would hate to ever be in that position wanting a large, fun wedding and having everyone around me telling me it’s bad form. Or everyone to be like “well we would have gotten you something, but we already did the first time…”

Victoria: I guess I just kind of think it’s a bit outrageous to expect that kind of generosity from your friends twice (or three times? or four times?). You know? Like, it’s very unkind. I mean, I am on board with hosting whatever kind of party you want.

Jaya: It probably depends on who you are. if you’re the type of person to use a wedding, or any event, to milk gifts out of your friends then I probably don’t wanna give you that much anyway. But hey, if you’ve had a rough time and are entering a second marriage and want a big, fun party, even if you’ve already had a big, fun party, then yeah I wanna get you something.

Victoria: Yeah, totally! And I actually really think you should at least get something to mark the occasion.

Jaya: I don’t know, I see a lot of people feeling ashamed to celebrate a second marriage at all. And I just wouldn’t want to add to that feeling.

Victoria: :(, I guess I have never really gotten that impression from (okay the limited number of) people I know who got remarried. I mean, I guess it ties into my feelings about extravagant wedding gifts anyway just being sort of unnecessary and getting a bit out of hand.

Jaya: Absolutely, and ongoing wedding extravagance is a whole issue in and of itself. Okay but anyway back to the present, I totally think she can get something equal to whatever she got her friend the first time, if she wants, or donate that much to the honeymoon fund.

Victoria: I mean, I think she can do whatever she feels is best, basically. Like she is within bounds of etiquette to do little or nothing, but it’s also perfectly fine to do as much as she wants. And it is probably nicer to do something rather than nothing. And if they have a honeymoon fund, I would definitely go with that rather than trying to pick out a physical gift since by not registering they are hinting that they would prefer not to get physical gifts.