Kids! They’re always fidgeting and yawning and being unhygienic, and this was as true 500 years ago as it is now. In 1530, Erasmus published the educational treatise On Good Manners For Boys, which may be the earliest example of an etiquette book out there. Dedicated to the 11-year-old Henry of Veere, it outlines some good manners, though he insists that Henry doesn’t even need such a book, “having been, in the first place, brought up from infancy at court.” If only we were all so lucky. He goes on to describe how “the task of fashioning the young is made of many parts,” and I assumed he was talking about collecting legs and eyes and teeth to build an army of youths. Really, he means the task consists of teaching piety, a love for liberal arts, giving instruction on the duties of life, and teaching good manners. So, how do you do that? Erasmus explains.

“For the well ordered mind of a boy to be universally manifested—and it is most strongly manifested in the face—the eyes should be calm, respectful, and steady: not grim, which is a mark of truculence; not greedy, the hallmark of insolence; not darting and rolling, a feature of insanity; not furtive, like those suspects and plotters of treachery…”

This goes on for another paragraph, which is just to say you should be constantly aware of your eyes. What are your eyes doing right now? Are they grim? Are they truculent? Stop that.

“It is bad manners to look at someone with one eye open and one shut. For what else is this than to deprive oneself of an eye?”

It is literally nothing else, Erasmus. Do not wink at me.

“The eyebrows should be smooth, not contracted, which denotes fierceness; not arched, a sign of arrogance…”

He goes on like this nearly as long as he did about the eyes themselves. Following this he finally gets to the etiquette of the nostrils, the mouth, and how you’re cheating if you use blush because a natural modesty should be giving your cheeks that glow. You’d think that Erasmus would have the most polite face, given that he knows all the rules, but I don’t know… 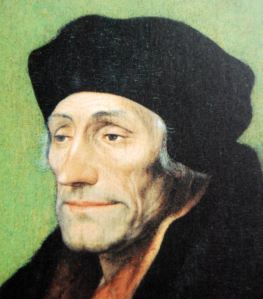 That mouth looks pretty tight set, Are you “afraid of inhaling someone else’s breath”?

“To expose, save for natural reasons, the parts of the body which nature has invested with modesty ought to be far removed from the conduct of a gentleman. I will go further: when necessity compels such action, it should be none the less done with decency and modesty even if there is no observer present. For the angels, from whom derives that most welcome sense of shame that accompanies and protects the chastity of boys, are always near.”

“There are some who lay down the rule that a boy should refrain from breaking wind by constricting his buttocks. But it is no part of good manners to bring illness upon yourself while striving to appear ‘polite.'”

I love old science, and the idea that holding in a fart could cause you illness. He later says that it is more dangerous to hold in a fart than it is to hold in a bowel movement, which is bananas. Try to do both of those today and see which is worse. Anyway, he does say that if you must break wind, cover it with a cough. Slick.

Finally, Erasmus gets to the bottom of the body, discussing whether or not one should cross one’s legs like an Italian. Now, we move on to dressing.

“To drag long trains after one is ridiculous in women, reprehensible in men; whether becoming in cardinals or bishops I leave others to judge.”

I had no idea cardinals or bishops could be “becoming.” But thankfully I’ve also learned from Erasmus that wearing multicolored or embroidered clothing is for “idiots and apes.” Dude is bitchy. He also reserves an entire section on behavior in church, including this gem.

“Touching the ground with one knee while the other is upright supporting the left elbow is the gesture of the impious soldiers who addressed the Lord Jesus in mockery, ‘Hail King of the Jews!'” 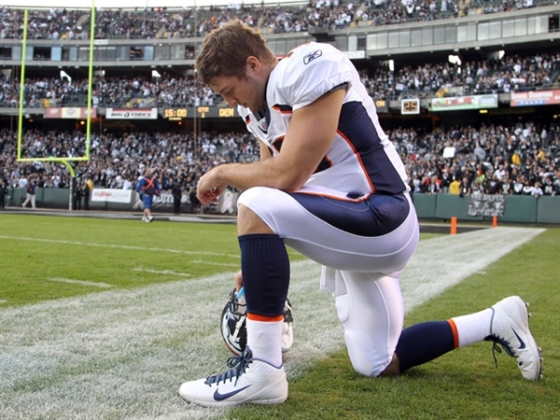 DID ERASMUS JUST DIS TEBOWING? I THINK HE DID.

Erasmus addresses banquet and bedtime manners, but in the end comes up with the cardinal rule of etiquette itself. “The essence of good manners consists in freely pardoning the shortcomings of others although nowhere falling short yourself: in holding a companion no less dear because his standards are less exacting.” May we all strive to be better ourselves and more forgiving of others. And to let each other fart in public.