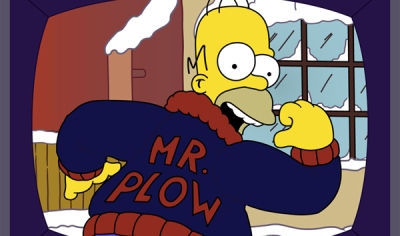 Recently, CUNY Graduate schools sent out a memo that asks staff to avoid using salutations like “Mr.” and “Mrs.,” and instead asks that staff call students by their full first and last names. We talked about it!

Jaya: I am for this, at least personally. I have no real use for honorifics in my life, and I think we’ve established before they they were sort of a random thing non-noble people came up with in the name of equality? By all means if you’re a doctor or a knight, use one, but all “Ms.” does for me is tell people I’m a woman, which you can usually get by my name/seeing me. I mean, I have a STRONG preference for being called “Ms.” over “Mrs.” (do not call me “Mrs.”), but if I woke up one day and we didn’t use any of them, I wouldn’t miss them.

Victoria: This does not bother me one bit. I kind of like it from a practical standpoint for official correspondence- if everyone is just first name last name, you don’t have to have a human being sitting there being like, okay, this is a male name so it’s Mr. and this is a female name so it’s Ms. Or wondering whether someone is married or what they prefer.

Jaya: That’s true. I guess the one issue is, as some have brought up, that lots of people have valid reasons for why they’d want to use them. In some cultures it’s really disrespectful not to use them. This might just cause more problems than it purports to solve.

Victoria: Someone brought up in the comments of Jezebel that probably when you enroll there is a box or dropdown to choose your honorific so maybe it doesn’t actually save any human time anyway.

Jaya: It says they’re doing this for gender inclusivity, and the Empire State Pride Agenda praised it, saying those titles are an “outdated formality” that risks misrepresentation. So I’m inclined to go with that, especially since I’m not particularly attached to gendered titles anyway. If they’re saying it’s oppressive, it’s my job to listen. I guess the one thing is, if you’re being misgendered, the person who’s doing it is just as likely to do it by calling you “Mr.” as by calling you “John.”

Victoria: Right, it’s minor, but I think it’s great as a general thing, maybe not even about gender. It’s good in terms of women not having to declare their marital status.

Jaya: What do you think of people who see not using those titles as sign of disrespect? One commenter mentioned that civil rights activists made a huge point of using those titles, because people wouldn’t give them that respect often.

Victoria: Yeah, but that was a time when everything was more formal and it was a serious dig to not be called by a title. Like literally you would call your boss Mr. Lastname, which doesn’t happen now as much. Also there are countries that already don’t use honorifics.  In Iceland apparently it is correct to address the prime minister by her first name. By HER first name. No titles= female prime ministers. Definitely correlation = causation, right?

Victoria: But I definitely do see the point where it must be difficult for someone who does not identify as either male or female to explain that to someone who wants to know if they are Mr. or Mrs.

Jaya: Yes, first names are much easier then. It’s becoming increasingly obvious that you shouldn’t need to know someone’s gender unless they want you to know.

Victoria: I can’t even remember the last time someone insisted on calling me Ms. All my professors called me “Victoria.” Like, by the time you are in college, you are an adult and should be treated as one. And adults generally call each other by their first names.

Jaya: Plus, I’d like to think if a student sent an email saying it made them really uncomfortable to be called by their first name, there could be an exception?

Victoria: Oh yeah, for sure.

Jaya: Mainly, I wish more places would just adopt a policy of “ask someone what they want to be called, then call them that.”

Victoria: I think we’re already getting there, hopefully. Most of my mail comes to “Victoria Pratt.” If “Ms.” disappeared I doubt I’d notice. Aside from this particular school- I think it would be great if we could drop titles for formal events without people being offended. It would make addressing, say, wedding invitations a lot easier if you didn’t have to remember what EVERY SINGLE PERSON preferred.

Jaya: God that was such a nightmare. 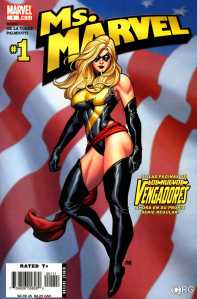 You do not know if Ms. Marvel is married from her title

We’ve already addressed honorifics, but for some reason I keep seeing people confused about Ms.! So now you all get a primer.

To understand Ms., let’s think about Mr. If someone is introduced to you as “Mr. Gary Noodlebaker,” what do you know about them? You know they identify as male, and…that’s pretty much it. You don’t know if he’s married or single, if that’s his birth name, or anything about his profession. You just know he’s male. Ms. operates similarly, and can be used by any woman. As “Ms. Jaya Saxena,” you know I identify as a woman, and that’s it. I could be married, I could be single, but that’s not revealed by my title. This is great.

However, there are a few other options for women, since marital status is something that’s been treated as more important for women than for men. Miss is the honorific generally used for young, unmarried women. (Master is sometimes used for young boys in the UK, but it’s not as common as Miss.) Mrs. is used when a woman is married and has taken her husband’s last name, but even then she can still use Ms., it just becomes a matter of preference. Some people think it’s a generational thing, but I’ve met many younger married women who have taken their husbands last names and prefer Mrs. However, you do not have to use Mrs. once you are married., so I do believe that when in doubt you should use Ms.

So what’s so confusing? According to Wikipedia, “Mrs originated as a contraction of the honorific Mistress, the feminine of Mister, or Master, which was originally applied to both married and unmarried women. The split into Mrs for married women from Ms and Miss began during the 17th century.”  Ms. fell out of use as an honorific, but in 1901 an article in The Sunday Republican suggested reviving the title to avoid the etiquette faux-pas of calling a woman by the wrong title. By having a “more comprehensive term which does homage to the sex without expressing any views as to their domestic situation,” we avoid calling a 16-year-old girl Mrs., or a married lady Miss. Ms. didn’t really get going until the mid 20th-century, but clearly it fills a void. The usages of Miss, Mrs. and Ms. have been the norm for quite some time, and if you insist on going by archaic, 16th-century usages of everything then you have other issues you need to deal with.

On a different note, I’m curious to see if and how this will change as same-sex marriage becomes more common. For instance, if two men get married and want to change their titles to something that indicates it, or if two women marry and don’t want to use Mrs. but still want to show they’re married. Or if gender-nonconforming people come up with titles that are completely different (performance artist Justin Vivian Bond uses “Mx” and I love it). Traditions and usage are fluid, and our job as polite people is to make the best effort we can to use everyone’s preferred titles without driving ourselves crazy. And remember, if you’re not sure JUST ASK. It’s always polite to ask.