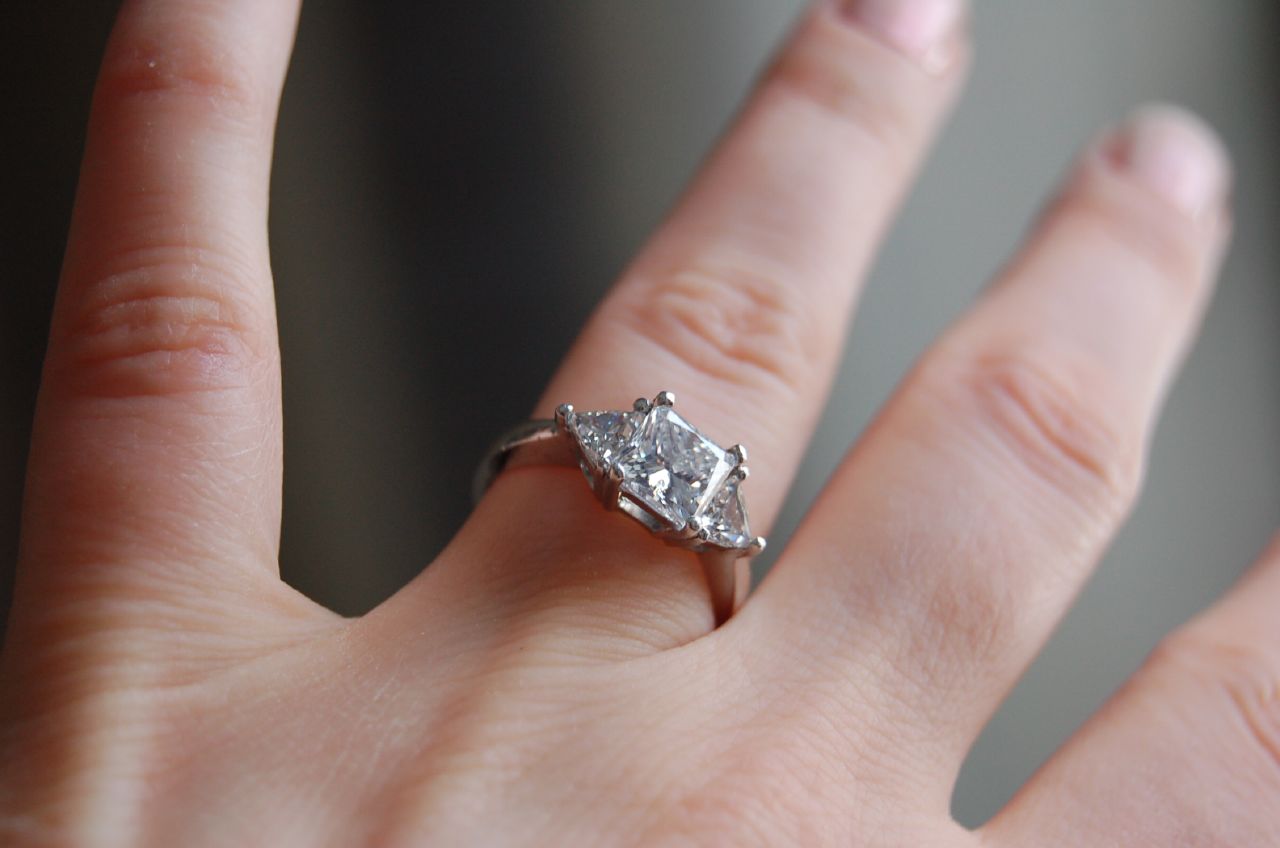 I just got engaged and a friend asked me if we’re having an engagement party and what is that?

Victoria: So an engagement party TRADITIONALLY was meant to announce your engagement. Your parents would throw it and it would be a surprise to all the guests.

Victoria: Yeah, so, NOW, it’s a celebration of your engagement. And it’s totally optional and is just for fun. And people should know that they shouldn’t bring gifts, even though a lot of people might. It is totally not expected and you as the couple should not expect it.

Jaya: Yesssss. Though I mean people will absolutely bring presents.

Victoria : But I feel like it is my mission to stop people from feeling like they have to give engagement gifts as well as shower gifts and wedding gifts.

Jaya: I am into that mission.

Victoria: You heard it here first. But yeah, you can have any kind of party you want! You and Matt had a bunch of people come to a bar. And that was the best engagement party I’ve ever gone to!

Jaya: Uhh did I not tell you about the other engagement party thrown for us?

Victoria: Hahah yeah, you did.

Jaya: I mean, it was a fun time, but I’m still slightly worried. I feel like there is some relative who came to our engagement party who probably assumed we expected presents and now thinks we’re selfish for throwing that party when we didn’t even expect anything!!

Victoria : But you didn’t throw that party! It was thrown in your honor and thus you are absolved from any blame.

Jaya: Okay, but how much do we really think that now?

Jaya: You are the only one.

Victoria: I mean, its pretty clear who is throwing the party, no?

Jaya: I feel like most other people expect the bride and groom to be the ones orchestrating things. Yeah sure my grandma threw it, but they probably expect that we requested it be thrown. The way that brides ask for showers and bachelorette parties.

Victoria: Ugh, yeah, well, one, brides should stop doing that because its obnoxious. And two, I can 100% tell a parent decided event vs a couple decided event. Our other friends’ parents threw them a backyard BBQ engagement party that was great. And definitely felt like a parent orchestrated event. And I mean, are that many people really ASKING for an engagement party?

Jaya: I’m honestly not sure, but I feel like it’s really hard to tell. I don’t know if all these “couples making gift grabs” stories are real or just the media harping on a couple instances.

Victoria: I THINK, given my generous nature, that it’s a few bad apples.

Victoria: Like your “night before” party was all you guys, and pretty obviously so.

Jaya: Yeah, it’s just so funny to me. I think pretty much everyone accepts that this is exhausting to have this many parties, and yet we still do it.

Victoria: It’s silly! If you don’t want to do it, don’t (unless it is forced upon you). If our writer doesn’t want one, I would say to just tell those people “we aren’t having one.” But yeah, if you DO want to have one (and actually I can understand this more than the array of showers because it is early on when you are still SUPER PUMPED), you can have basically anything you want! I would say that it should occur somewhere in the first few months that you are engaged though.

Jaya: Yeah! I feel like if anything, an engagement party is way more fun, and then it involves both of you. Definitely agree about being on the sooner side.

Victoria: Like within 3-4 months if you are going to be engaged for a year+ or like 1-2 months if you are going to be engaged less than a year. Oh and one thing to point out, if it’s going to be a formal engagement party with parents and family and all of that, it should be HOSTED by someone, not just all the guests pay for themselves. (Your informal, lets get together at a bar thing is fine if that’s a normal thing in your social circle.) But the thing I have been seeing complained about a lot lately is people being invited to engagement parties/showers etc, bringing gifts, and then being told, okay, your share is $50.

Victoria: Yes, right? And even if it’s upfront, its not really okay.

Jaya: Like okay, the only time I could mayyyyybe see something like that happening…Wait no, I can’t because if you decide to do an activity like camping or a trip or going to an amusement park that requires people to pay, then you recognize that that is your gift. And that’s more of a bachelor/ette party thing anyway.

Victoria: Yeah, and like, a shower can be split among several hostesses (which is common!) but they should be providing all the food and drinks and decorations and stuff. I mean, I can see a group of friends saying, let’s take the bride out to tea and call that her shower and we will all split it. And that seems fine but it’s more of a group decision than this situation where someone is deciding, “I am going to throw a party, but oh no, I can’t afford the party I want to throw. I know! I will just ask everyone to give me $20! and then we will be set!”