With peak summer vacation time coming to a close (if you’ve been wondering why we haven’t been posting much lately, it’s because we’ve been on vacation!), I thought it would be a good time to check in with Emily Post and see what she had to say about traveling in the 1920s.

This is Emily Post’s ideal guest room. I can’t say I love her taste in curtains!

So these days, it seems like most people don’t have a dedicated guest room. Usually if there is an extra room, it’s an office with a fold out couch or something similar. I wonder sometimes what percentage of people “back in the day” really had a proper “guest room.” We did when I was very young and had a big house, but when we moved to a smaller house we didn’t anymore. Did people really have more overnight guests “back then”? I have so many questions.

These days, you make do with what you have, but if you lived in Amy Vanderbilt and Emily Post’s worlds, you have a guest room and they had some adorable, now somewhat outdated advice about what to put in there. So really, this post is mostly etiquette history, as you can certainly follow this advice but it is in no way expected.

Thank Goodness We Don’t Have To Do That Anymore:

But seriously though, nobody expects that their host provide them with a hotel room. And if you do have a real guestroom, I imagine that your guest will be so thrilled to be sleeping on an actual bed instead of a sofa or an air mattress that they won’t care about the other stuff. Just make sure that the sheets are clean (always always change and wash sheets between guests, come ON!) and the room is also clean and reasonably tidy and you are fine.

BAD FORM! Captain Hook has literally nothing to do with Emily Post, but I think they would agree.

Emily Post published her book, Etiquette in 1922 and it was an immediate best seller, partially because it contained excellent advice and partially because it was wittily written. Some of Emily’s witticisms remain so today while some are humorously outdated. I’ve combed through the first half of the book and pulled out some of my favorites (there may be a follow up with the second half of the book…let me know in the comments if you want more!)

Obviously, people give each other gifts all the time, so this not truly “thank goodness we don’t have to do that anymore,” but there used to be a lot more RULES about these things that we don’t really have to follow anymore. These rules mainly pertain to gifts given by a man to an unmarried woman (because sexism! And maybe women weren’t really supposed to give gifts to men and this was so well known no one even had to write it down.)

Social Life (1896) by Maud Cook gives these rules about gifts to an unmarried woman:

My 1954 copy of Etiquette For Young Moderns is unusual in that it has rules for the girl giving gifts to the boy:

In Sex and the Single Girl (1962), Helen Gurley Brown says: “Don’t give expensive presents to men. Madness!” And also highly encourages women to get expensive presents from men. She also thinks it’s fine to be someone’s mistress, so take all advice with a grain of salt.

In my 1967 copy of Amy Vanderbilt’s etiquette book her rules for unengaged people very strict: 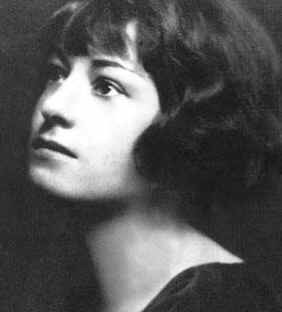