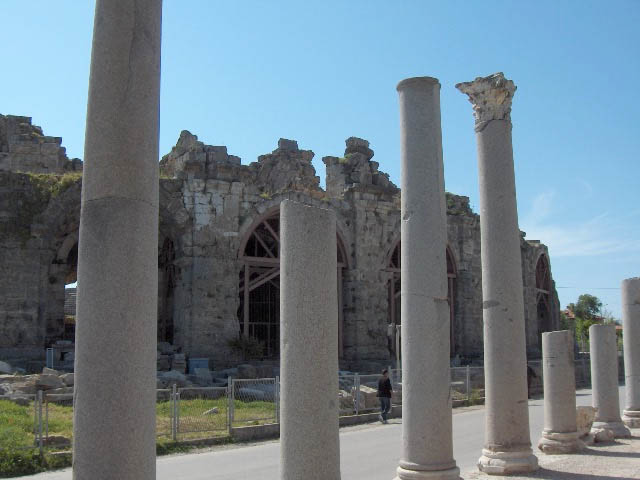 It’s a metaphor, get it? [Via Wikimedia Commons]

So I can’t sleep and  for some reason I thought of the most random etiquette question. I know it’s rude to walk in between people having a conversation without saying “excuse me” or whatever ( like people at work having convo in the narrow hallway or something), but what if I’m short enough to walk between the people without obstructing their line of vision between one another? Similarly, it’s totally rude for people to have conversations over my head right?

There doesn’t seem to be much out there addressing this specific sort of question, but of course talking over a shorter person’s head is rude!

Jaya: When you are short and passing between two people having a conversation, basically you want to give them a heads up, not because you can’t slip between them, but because they might be having a private conversation and it’d be rude of you just to zoom in between them.

Jaya: And like, among friends, obviously tall people should be open to including everyone in a conversation, just like anyone else. It’d be just as rude if two short people shut out a tall person.

Victoria: Yeah, and also like, if they are teasing you, then its teasing, and you have to decide if you like that kind of teasing or won’t tolerate it. I’ve had friends do that to me and I don’t care, because they were just being silly. But if it really bothers you or it’s excessive, just tell them! They are your friends!