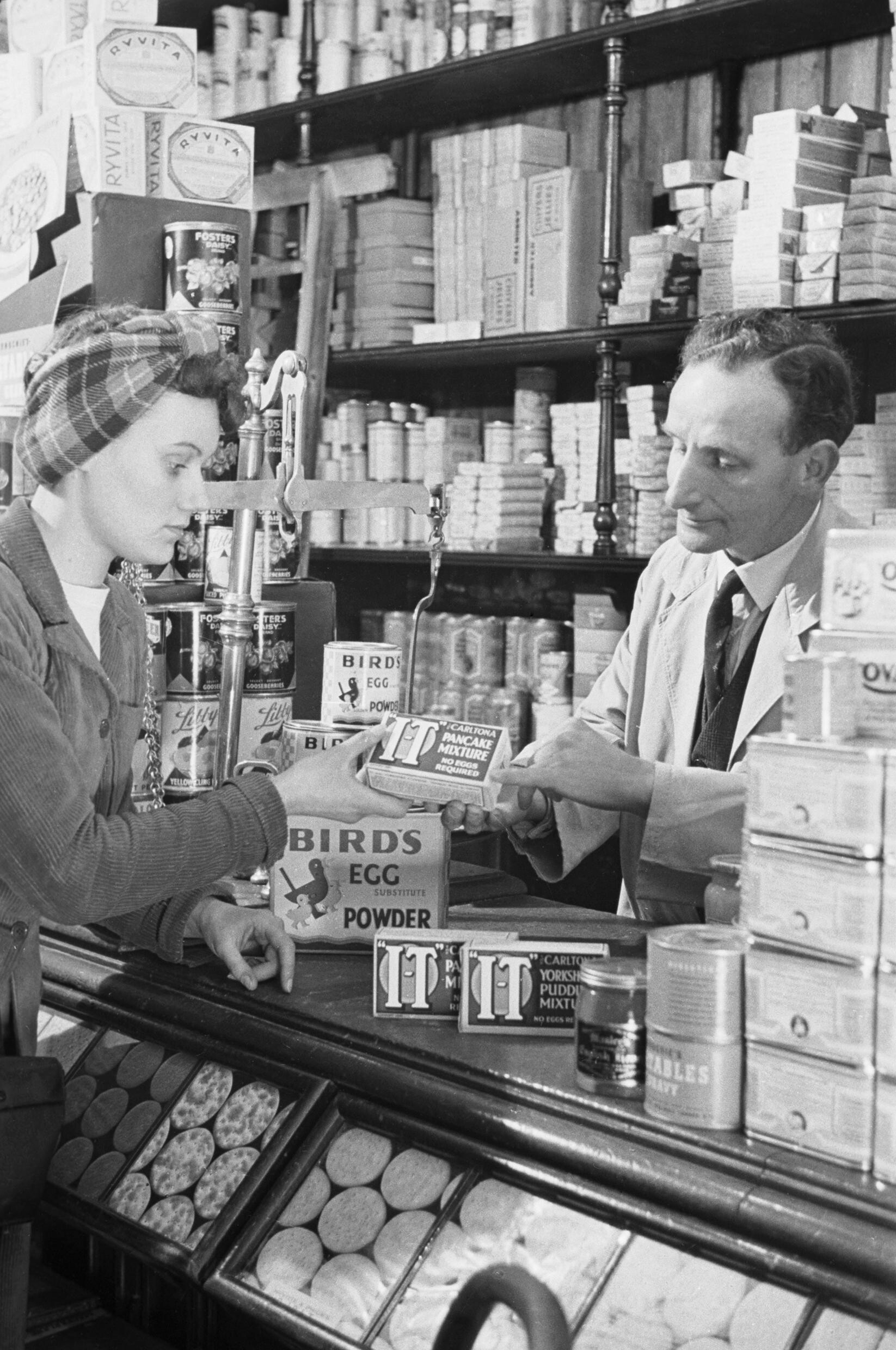 Just be grateful you don’t have to shop like this. via Wikimedia Commons

Is there any polite way to talk to someone who has too many items in the supermarket express lane?  I’ve been behind someone like this a few times recently, and the cashiers never say or do anything, so I feel like it would be rude for me to comment.  But I think it’s also rude for them to take advantage of the system and inconvenience me.  Is there anything to do besides let it go?
Thanks,
Ten Items or Less
Official Etiquette:
Miss Manners is very serious about limits in express lanes and basically says that anyone who breaks the rule can probably justify it to themselves, so it is important never to break the rule.
Our Take:
Victoria: Oh god this question!!!!!
Jaya: Hahahaha
Victoria: I don’t even know! And also I am the worst because sometimes I have too many items, but it’s, like, just a couple over and only when the checkout lanes are FULL of people with two full carts of groceries.
Jaya: Yeah, I think there’s a big difference between if someone has 12 items, or enough to feed an apartment building. If it’s a few more, I’m more inclined to just suck it up and wait. But if someone has a full cart and the cashiers don’t say anything, I think you can point out that it’s the express lane.
Victoria: Yes, definitely. And some lines don’t even say how many items you can have!!! I would probably not say anything though, they might throw an egg at you or something! Ooh! what would be a good idea would be to write to the store and be like, “no one is enforcing the express lane item limit and i will shop somewhere that does.” Then you would feel like you had done something.
Jaya: That’s a good idea! Thouuuuugh I’m not sure the store would take that seriously. That’s like a letter to the editor complaining about a typo. It’s more for you.
Victoria: They might! Some places really do listen to that kind of thing, and if enough people complain, they are more likely to listen! So it certainly doesn’t hurt. But yeah, it will also make you feel better. And obviously movie theaters like the Austin Drafthouse and Landmark in NYC have listened to people who complain about cell phone use and really truly, strictly enforce it. Which isn’t exactly the saaaaame, but still, squeaky wheel and grease and all.
Jaya: Very true.