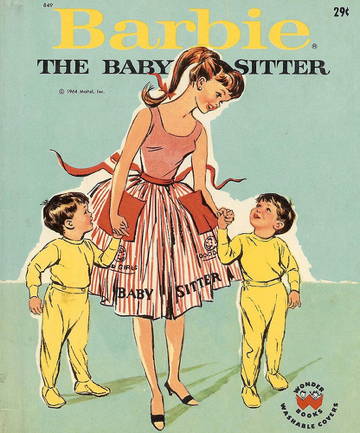 We are the first of our group of friends to have a baby. We’ve gotten lots of casual babysitting offers over the past few months from friends. “I can totally babysit” – that kind of thing. Now that the kid is old enough to be left with someone else for a few hours, I’d like to start cashing in these offers. But do I offer to pay? I don’t want to assume anything. I mean, I would pay a babysitter and these friends would be giving up their time. Maybe a gift instead? “Oh look a bottle of your favorite booze I just happen to have here. Take it.” Please advise!
Best,

OFFICIAL ETIQUETTE
Emily Post and the like are pretty mum on the subjects of babysitting and favors among friends, though we’re guessing they would say never to offer a favor and expect to be paid for it.

OUR TAKE
Jaya:  I’d think that you can do the ol’ dance of offering to pay, and your friends will probably be like “no don’t worry about it.” Especially if you bring it up in terms of their original offer. Like, “Hey, now that the kid is old enough to be left at home, we’d love to take you up on your generous offer to babysit!”

Victoria: I think if I were offering to do this, it would because a) I want to hang out with a cool baby b) do a nice thing for my friend, so I really wouldn’t WANT anything. It’s actually, I think, considered sort of insulting in some circles to pay friends for babysitting because you aren’t really paying them enough (usually) to recompense for their actual time, so it’s better to just not and let it be a favor that you can repay at another time.

Jaya: That’s true. Unless you’re paying your best friend $15 an hour (or whatever the rate is now) it may not matter. It’s also probably important to note that, since the offer was probably made as a friendly favor to new parents, you shouldn’t take advantage of it. The offer may be a couple-time thing, not a thrice-a-week gig.

Victoria: Yeah, seriously. This is definitely like, once or twice spread out (unless they seem to really really like doing it).

Jaya:  I found some interesting stuff here, where they say that a bottle of wine or a gift card seem like “thank you for a favor” gifts, while cash is an impersonal transaction .

Victoria: Definitely, although if it’s a fairly short amount of time, I don’t think you even need to do that much, just be prepared to do them a favor later. Like maybe under 4 hours?

Jaya: Haha that’s as good an arbitrary amount of time as any.

Victoria: I mean, it seems like dinner and a movie time. But still, a bottle of wine wouldn’t go unappreciated, I’m sure. Or some takeout.

Jaya: Yes! Still do all the other babysitting norms, like leaving money for takeout/emergencies, etc.

Victoria: I think it ties in a lot with the general doing of favors for friends.

Jaya: Absolutely. For instance, I generally do not expect to pay my friends when they cat sit for me, but may leave them a little gift, or ask with the assumption that I will cat sit when they go away. And cats=babies duh.

Victoria: Haha yeah! Exactly. Or sometimes a friend will drive you someplace and you get their lunch, or you borrow their drill to hang your curtains and ummmm you will do something nice for them sometime (thanks Jayaaaaa).

Jaya: Yeah you know you lend a friend your drill and they pay your rent for two months, right Victoria?

Jaya: Hmm, what should she do on the off chance a friend demands payment?

Victoria: I guess pay them and then don’t ask them again.

Jaya: I can’t imagine you’d make that offer to a close friend if you want to be paid, but then again people are crazy.

Victoria: This is true.

One thought on “Should I Pay My Friends To Babysit?”