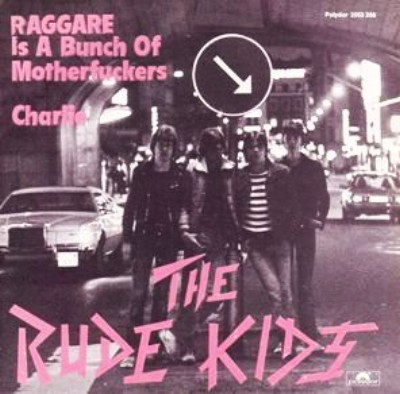 I’m going to preface this by saying I don’t have children. I do not know what it’s like to have children. I have a niece who’s the bomb and have seen firsthand how difficult parenthood can be, but every time I visit my niece I know I can leave the apartment and go to a bar or a show and then get eight hours of sleep. Parents, you have a hard job, and I know lots of sacrifices have to be made just to keep everyone sane.

However, I am a human who lives in the world, and that world is full of children whose parents seem to have NO IDEA just how ridiculous they are acting.

I’m not talking about a baby throwing a tantrum in a cafe or on the subway, because if a child cannot talk and is screaming at the top of its lungs there is only so much a tired parent can do, and we should all be more forgiving of that. I’m talking about the kids running around restaurants and banging their silverware, or screaming to each other in a museum, or that one kid I saw in a grocery store who was just picking up produce and throwing it on the ground. Yes, having a kid is hard and you can’t be everywhere at once, but ultimately you are raising your kid to live in the world with other people. People who maybe are going to expect them to have an inside voice.

I don’t want to be in the business of giving parenting advice, but I will be boastful and say that I have been told on many occasions that I was a well behaved child. So here’s some of what I remember the adults in my life teaching me.

Learn where kids are unwelcome. I don’t necessarily agree with people who say children shouldn’t be allowed in restaurants or bars or anywhere public, but there is a line. Yesterday, a story came out about a couple who brought an 8-month-old to a fancy restaurant in Chicago that only serves a $210 tasting menu, which I assume will last hours. I’m sure their baby is lovely, but at what point did they think a child that young would be able to last through a meal like that?

Make sure you can accommodate your child to the expected behavior of where you’re going, not the other way around. Have a 10-year-old who can stay in his seat and eat politely at a nice restaurant? Great, bring him along. Bring your 4-year-old to a bar at night? Don’t expect anyone to change their normal bar behavior for you, and be ready to leave if your child throws a fit.

When your kid is old enough/knows how to mostly sit still, introduce them to what Adult Spaces look like. My parents used to bring me to dinners or cafes with their friends when I was a kid, and I was either given the option of doing something like sitting and coloring quietly, or joining the adult conversation, mainly by listening since I didn’t really have much interesting to say when I was seven. They’d be happy to speak to me and explain things, but it was also clear that if I wanted to interact with everyone I had to raise myself to the adult conversation, rather than them coming down to speak to a child. This was not my time to be the center of attention.

There are plenty of opportunities to make Adult Spaces in the home, especially when family comes over. For instance, the idea of a “kids table” at holidays can be somewhat detrimental to a child’s etiquette experience. You’ll go from sitting with other kids and generally being unsupervised to having to hold your own at a table with adults. It’s intimidating! But if you’re sitting with adults, you’ll learn by watching how they eat and how they converse, and if something goes wrong, at least you’re in your own house surrounded by people you love. The flip side to this is that you need lots more adults than children to make it an Adult Space. My fiance’s family has six kids ages 7 and under right now, so any family gathering is very kids-focused, even at the dinner table.

Be aware of what your kid can handle. My mom was lucky to have a few museum memberships when I was growing up, so some days we’d pop in somewhere and wander around for about twenty minutes. That was apparently my museum threshold, before I’d start getting cranky and tired, so we’d leave before I started crying. However, it still got me used to being a place like a museum, where I have grown to withstand almost a full hour without getting cranky.

Use the magic words. A parent friend of mine says “how do you ask?” is a constant refrain in his house, in making sure his kids know “please” and “thank you.” Use them yourself to show your kid what you mean. I’d also suggest reminding family or friends frequently around your kids to do the same. I am totally guilty of giving my little cousins whatever they want when they demand it, without reminding them to ask politely.

Ultimately, it seems that if you expect your child to be reasonably well behaved in your home, they’ll have better manners outside the home. But also, kids are crazy and unpredictable and sometimes you just want to let them do what they want so you can avoid another screaming match. Parents: what are your tips for raising a polite child?

4 thoughts on “Etiquette For Children: It’s Not That Hard (Ok It Probably Is But Please Try)”