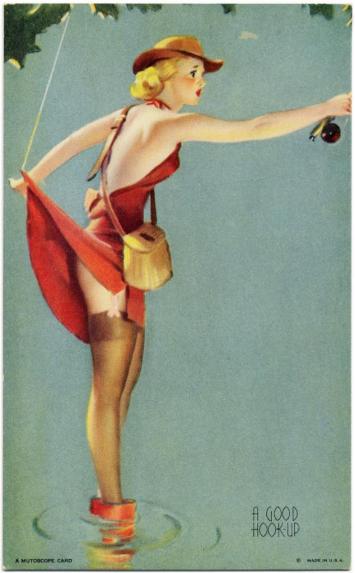 Hookup culture is ruining our lives, right? It’s hurting women! It’s hurting men too! We’re all doomed to awkwardly take cabs home without washing our faces at 6:30 in the morning instead of getting married!

The thing about hookup culture is that it’s not for everyone, but many people won’t know whether or not it’s for them without trying. Sure, you may completely know what’s for you one way or the other, and that’s great! But maybe you’re one of those people who was incredibly nervous to have sex for the first time and then did and can now jump from lay to lay with no strings attached. Maybe you were ready to be that person only to find that strings keep attaching themselves, or that no strings makes you feel sad. Maybe you used to be one way and are now another, and maybe that’s good or maybe you regret some things. There’s no shame in any of this.

If you find yourself in a position where no-strings sex (or anything sexual) is something you enjoy, or want to experiment with, there are a few things to keep in mind.

I’ve never encountered anyone who felt offended at a hookup leaving after the encounter, unless they were convinced it was more than a hookup (more on that later). If you’ve gone home with someone and want to leave, thank them for their time and say you have to get going. You can leave your number if you wan’t, or just say you had a “fun time” and leave it at that. However, do consider the logistics of leaving: if it’s late and you’re far away from where you live without easily being able to call a cab or get public transportation, it might be best to wait until the morning.

If it’s your place and you don’t want the person to leave, say so, but respect their answer. Also, if it’s late, I’d suggest not kicking your hookup out. If you leave the bar at 2am to go back to your place, you should be ready for that person to be there until it’s daylight.

If You Spend The Night

Maybe you’ll be so tired that you just pass out and won’t notice you’ve slept over until your roommate calls you at 9am to see where the hell you are (ed: if it’s very unusual for you to stay out all night, maybe give your roommate a heads up so they don’t worry that you are dead. YMMV). This is ideal (sorta)! If you’re still awake but if it’s late, ask if it’s ok for you to spend the night (and as stated above, your hookup host should comply). Maybe you can ask if your hookup has a preferred side of the bed, or a tshirt you could borrow if you feel comfortable asking, but it’s not necessary.

How the morning goes depends on a few factors. If this is a friend or mutual friend you’ve gone home with, it may feel perfectly natural to hang out or grab breakfast before leaving. If it’s a total stranger, this may not feel right. Also, consider your hookup’s plans for the day. If they have work or some other engagement they need to get ready for, thank them for the night and leave (or thank them and let them leave). If they’re hungover and you have nothing going on, get them some water and let them chill for a while.

However, no matter how hungover you are, if you are asked to leave you need to leave. I once had a hookup that refused to leave my dorm room after I asked three times and explained how I needed to move that day, and he kept saying how hungover he was and it was too much effort. He lived two blocks away. I even went to the cafeteria and said he needed to be gone by the time I came back and he was STILL THERE. Do not be this person.

I hope you never feel the need to sneak out of anywhere! Seriously, if you’re going to leave, just leave. If your hookup is asleep, maybe nudge them awake and go “Hey, I gotta run, it was nice meeting/seeing/fucking you, later” and that’s all you need. If you do go home with someone and think you’ll need to sneak out later, make note of easy egress routes as you enter.

First off, safe sex always. You should never be ashamed to be equipped with a condom, or anything else you need. We should be long past the days where the thought of “expecting” sex is a bad thing. Being prepared is great, even if you never think you’re going to hook up with someone!

There are other things you may like to have on your person if you think a hookup is imminent. Perhaps you want to have a toothbrush, or your contact lens solution, or a spare pair of underwear. This is actually great for any night out; I’ve spent many a night on a friend’s couch where I wish I had some clean underwear with me. Don’t let anyone make you feel awkward for having things like this. Unless maybe you’ve brought the entire next day’s wardrobe with you on an “unexpected” encounter, because that’s just creepy.

If You Develop Feelings

As I said before, there are levels of hookup, from total stranger to friend-you-started-making-out-with, from one night stand to ongoing thing. Ideally, any more-than-once hookup will be someone who you get along with, and with whom you clearly have some connection because most of the time fun sex happens when you actually get along with the other person. But the general definition of a hookup is that this is not a relationship, and unless explicitly stated, will not become a relationship. Do Not Hook Up With Someone Expecting It To Turn Into Something Else. Many of us have been there—you keep going home with the same person, you get along, you start wondering if something could happen, and then are heartbroken when they don’t want a relationship, even though they’ve never expressed that desire.

The heartbroken in these situations tend to blame their hookups for “leading them on,” and we need to get away from that. Yes, there are people out there who enjoy toying with emotions, promising one thing and delivering another, and they are the worst and you should stop sleeping with them. But developing feelings for someone doesn’t mean it’s mutual, and no one is obligated to be in a relationship, even if you get along and have great sex.

It can be terrifying to find yourself developing feelings for a hookup, but for your own heart’s sake, speak up if this happens. Tell your hookup you’re having a hard time keeping it casual. Maybe they’ll feel the same way, or maybe they’ll really want to keep it casual, at which point it would be best to stop the hooking up.

(Yes, there are hookups that have turned into relationships, and if that happens to you and you’re both into it, cool. Just do not start hooking up with someone you have a crush on thinking “this is how I make them love me” because that will more than likely end terribly.)

If You Want To Keep Feelings From Developing

On the flip side, if you want to keep things strictly casual it is best to be mindful of how you act. Do not act like you’re in a relationship and be surprised if the other person thinks you’ve developed deeper feelings! Keep it to just hooking up: no cuddly movie nights, dinners out, or anything that could be generally considered dating.

This may take some maneuvering if you get the feeling your hookup is developing feelings. If the person suggests getting dinner, don’t pretend “yeah that would be great, give me a call on Wednesday” and then ignore their calls and texts. You can say you’re busy, though if your hookup keeps pushing for a plan, respond that you think it’s best if you kept things casual and that you’re not looking to date, and be prepared for any answer you get. If you find yourself in a regular thing (say, 5 or 6 times or more in a couple of months) and aren’t feeling it anymore, while you don’t “owe” anyone a breakup, it would be kind to just say it isn’t working for you anymore instead of, again, just ignoring their calls until they give up.

In general, ongoing hookups require communication–possibly more communication than traditional relationships. Do your best to ensure your intentions are clear, especially if they change over time, and then go out and have fun.

One thought on “Is There Even A Polite Way To Casually Hook Up With Someone?”