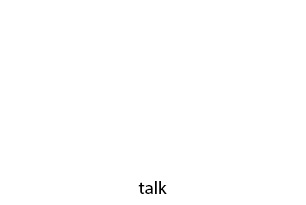 Small talk! It’s weird and often uncomfortable, but we all have to do it otherwise we’d never make friends/would always be that person standing just outside of a conversation. You have to wade through the small talk to get to anything interesting! Or you can be like me this weekend and drunkenly start talking to strangers about their love lives before you get their names, but maybe you shouldn’t do that.

Here’s my theory: I don’t think you should open a conversation with a stranger/acquaintance with the most obvious thing about them. For example, if you meet a pregnant woman, don’t ask her about her pregnancy. Maybe she’ll bring up her pregnancy on her own, and then you can talk about it, but maybe she’ll want to talk about her job and her other interests because she’s sick of being asked about morning sickness. The same thing goes for someone getting married, on a job search, or applying to college. They may want to keep talking about it, but there’s also a good chance they’re completely talked out.

This doesn’t count for everyone. If you’re asking your own teenage son about how high school is going? Duh. Are you a Maid of Honor asking the bride how planning is going? Makes sense. But you have to make sure you’re close, which generally means friends-who-talk-constantly or close family (meaning you have a relationship outside seeing each other three times a year at whole-family gatherings). Below are a couple of suggestions as to questions/comments to avoid, and as always leave yours in the comments!

For an Engaged/Married Person

For a Single Person

For a Pregnant Person

One thought on “How To Avoid Rude Small Talk”